Back at Cape Infanta I chatted with Dieter in Australia who introduced me to Charly, a German ham who was about to set off on an adventure through Southern Africa and wanted to do some radioing on top of Table Mountain. This had been on my list for a while so it was perfect timing. 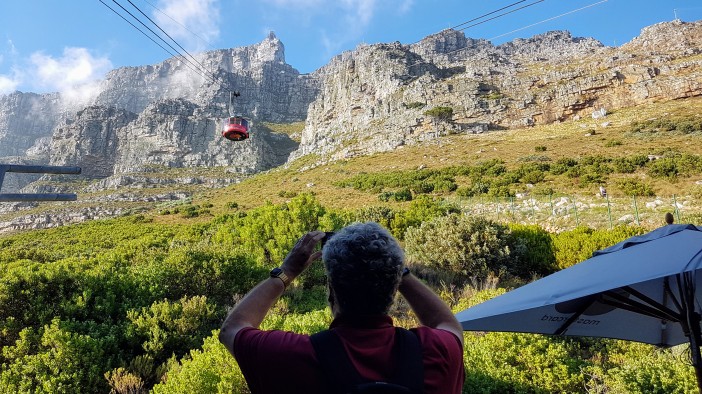 We met up early to head to the lower cable car station, got into the first car up and then began the 2.5km hike across the top of the mountain to Maclear’s Beacon. We were not mad enough to try hike up with full packs! 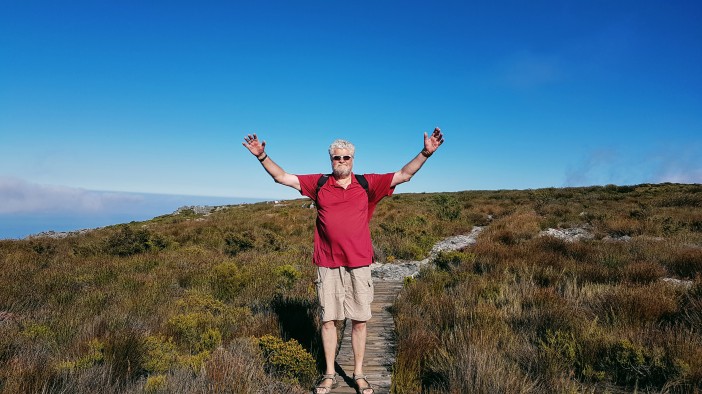 I really enjoy the little hike to Maclear’s Beacon. You get to see the city (and the reservoirs etc) from a perspective that most people who only loiter around at the Upper Cable Car Station will never see, and it’s not much more than a 30 minutes walk. There’s one slightly strenuous part as you dip into the small valley at the summit of Platteklip Gorge, but otherwise it’s mostly flat. 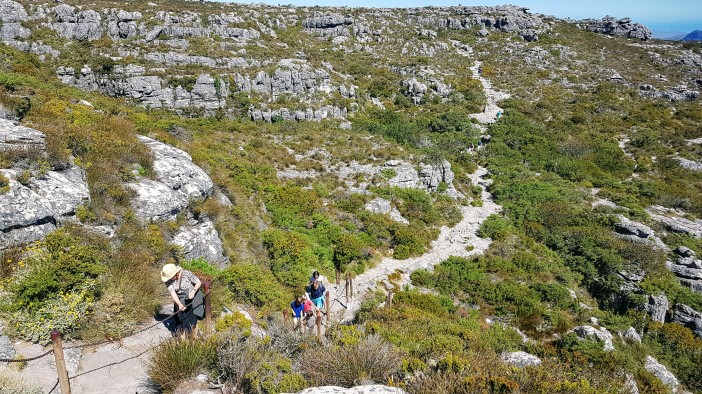 The mountain was showing off Peak-Cape-Town-Weather as it undulated between heavy mist and sunshine 5 minutes later. We arrived at Maclears which is always quite busy with tourists bussing around so we decided to setup our antennas a short distance away, hopefully out of the way. 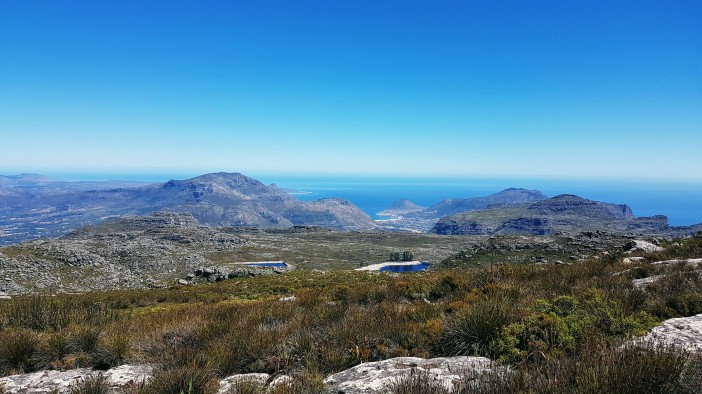 My Inverted-V antenna proved a champ once again as it allowed us to speak to hams all over the South Africa and Namibia, including some QRP to QRP contacts using Charly’s Elecraft KX3 (the Mercedes Benz of low power hiking radios). 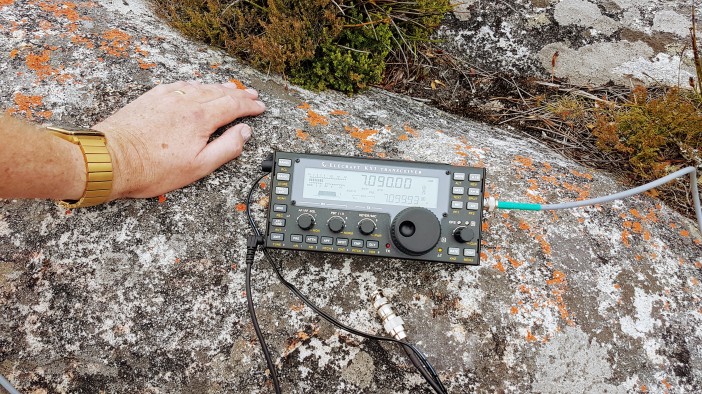 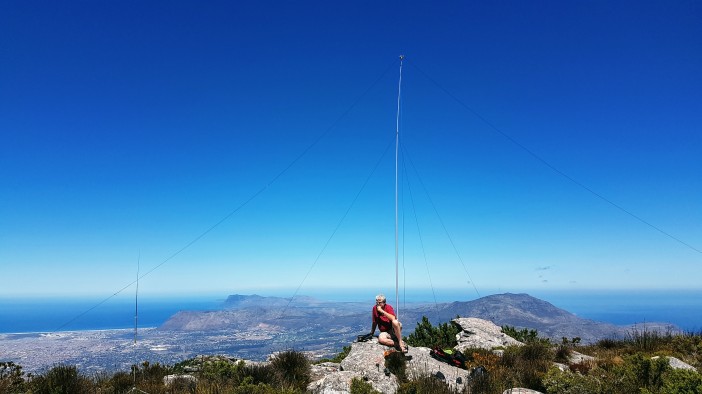 Maclear’s Beacon is also a SOTA summit so I made the required HF and 2m contacts and Charly even managed to make a few contacts via a Amateur Radio satellite as it passed overhead.

Date: 24 February 2019
Distance and Elevation: 5km and 100m Elevation Gain.
Coordinates: Park or Uber to the lower cable car station, take the ride up, then hike across to Maclear’s Beacon.
Conditions: Cool with occasional mist. The weather on top of the mountain can be vastly different from the weather in the city, so be prepared for freezing cold.
Radio Stuff: I would advise taking your own mast. There are no trees and you are unlikely to be able to use the actual beacon as it is usually covered in tourists.
Notes: A fun day out that I can highly recommend to anyone who wants to experiment with their radio in the field from a stunning location.