Sometimes it is good to go back to basics. It doesn’t always have to be summit conquests or never before explored trails.

The trails on the Eastern side of Table Mountain are as diverse as the people who hike them. Kids on tricycles, families with prams, overcompensating mountain bikers, trail-running bros with their shirts off, and senior citizens grinding out the kilometres and putting us all to shame.

The best place to start is the Newlands Forestry Station. It is centrally located and safe(r) due to the large numbers of people who hike there. From the station you have any number of options. You can do the gentle forestry road loops through the forest, head uphill to connect with the contour path (a trail that encircles most of the mountain at around 400m elevation), head South towards Kirstenbosch Gardens or North towards the City Bowl. If you connect with the Contour Path there are a number of routes to the summit (Nursery Ravine which pops out on top of Table Mountain at Hely-Hutchinson Reservoir) or Newlands Ravine which heads up to the Saddle between Table Mountain and Devils Peak.

When I set off I didn’t actually have a plan. I know this part of the mountain really well and wanted to see where it took me, so I looped through the forest and then headed South towards Plumpudding Hill directly above Rhodes Memorial. An interesting thing about this spot is that you can still see the large concrete base from a radar reflector that was installed after the 1971 crash of three SA air force planes into the side of Devil’s Peak. The reflector was installed to lessen the sting of human error, but it soon became dilapidated and was eventually removed.

From here I scrambled up the terribly maintained (crumbling rocks etc) path towards the block house. This is not the best way to get to the Contour Path, but it works.

At the Contour Path I headed South towards First Waterfall. This is a magical place to be, even in summer and I highly recommend making your way up to the waterfall and getting yourself wet. In the depth of winter rains some crazies come up here and stand under the tons of water falling on them (I plan to do this soon) but today, mid summer, it was just a gentle stream. I sat for a while and drank my coffee while chatting with some passers-by who then went on their way. Then something magical happened.

I heard rocks falling. Movement above me? Who would be so dumb to be climbing up there, knocking rocks off and knowing that people are below them! I moved away from where the rocks were falling and looked up. A Himalayan Tahr was staring at me. Then another, then another. They seemed to trying to figure out if I was a threat, but doubting my apex predator skills. Once they had decided that I was a noob they carried on with what they were doing. Clambering down the rocks to get to the stream above the waterfall. I watched them for 20 minutes.

The Tahrs are controversial and are obviously not indigenous. They are the offspring of (supposedly only 2) Tahrs that escaped Groote Schuur Zoo in the 1930s. There have been numerous attempts to cull them, and numerous funds started to absolutely not cull them. Ironically, they are endangered in many countries, including India, who has supposedly asked for them to be caught and donated to India. Regardless of your views on them, it is still incredibly special to experience moments like this with wild animals up close.

I left the Tahrs and kept heading South along the contour path. The Fernwood Trail has been wonderfully done up with raised walking paths ensuring that the ecological impact of hikers is minimal, and allows you to walk for ages while being completely surrounded by shady indigenous forest. Ever corner another postcard-perfect image. 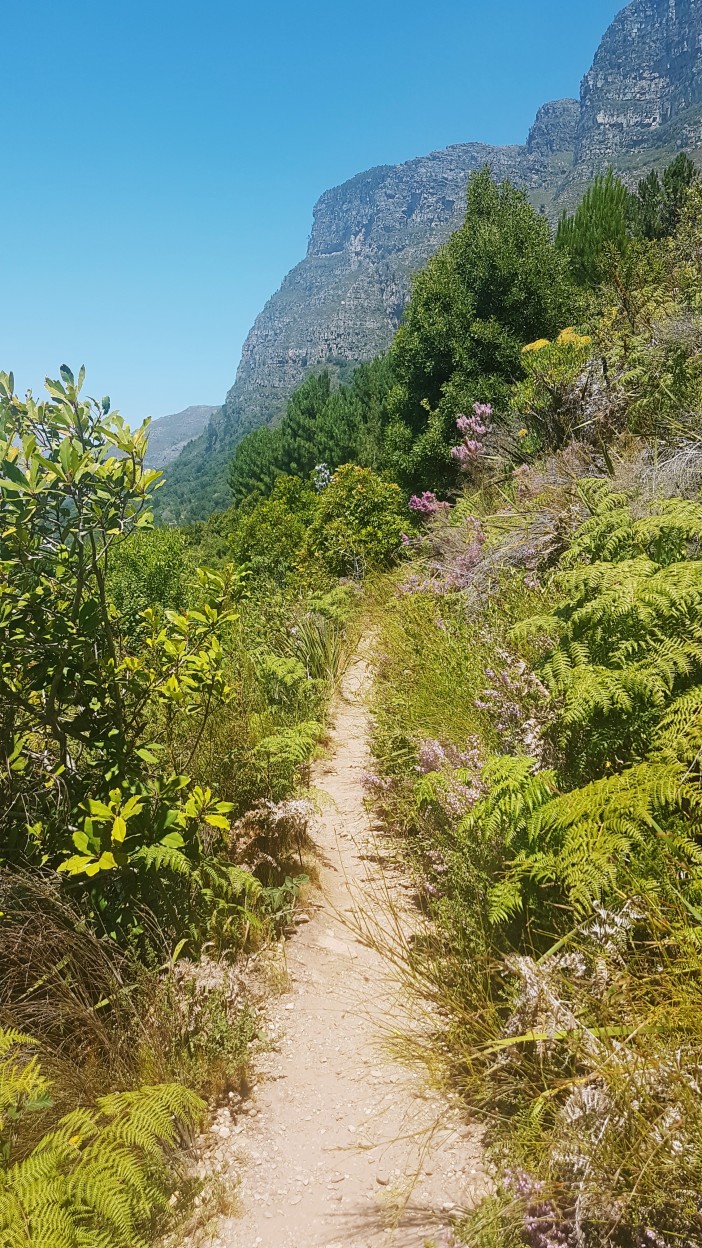 After a while the Contour Path opens up and you start to see the Southern Suburbs. At this point you could continue all the way to Kirstenbosch Gardens and eventually Constantia Neck. Both are great walks, and Uber makes getting back to your car very easy.

I had to head down though, and took one of the many paths downhill (just after Newlands Ravine), then wound my way (a bit aimlessly) through the forest and over rivers etc until I got back to the Forestry Station. 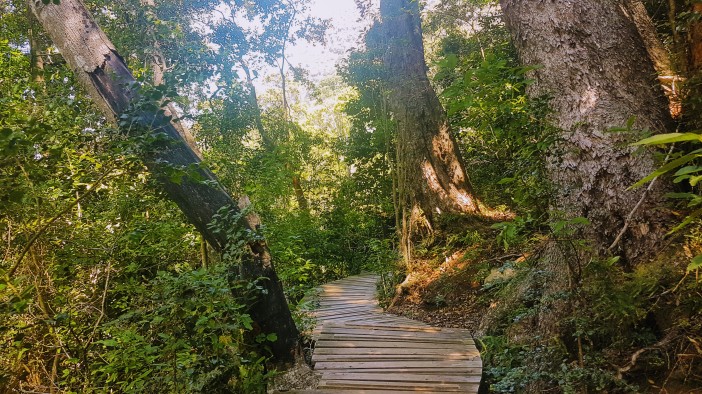 All in all, a lovely walk and as usual, every hike adds something new to the list… this time it was the Tahrs up close. I highly recommend hiking in this area. It has something for everyone.

Date: 27 January 2019
Distance and Elevation: 10km / 300m Elevation Gain
Coordinates: Start Newlands Forestry Station Plumpudding Hill First Waterfall Head down from Contour Path
Conditions: On the day it was sunny and not too hot. If you stay in the forested area you’ll be in shade a lot of the time.
Radio Stuff: Take an HT as there are some locals who monitor 145.500. Plenty of trees for HF antennas.
Notes: This area is notorious for muggings, so go into it with that in mind and try and stay close to the busier areas.