Kitty’s party was on Saturday night. It was inside the Simons Town Naval Base. Two things struck me here.

1. Why do we spend so much any money on naval vessels for South Africa and then let people like me say “I’m here for the party” and drive right in… and I mean *in*! On our way out we got lost and ended up staring at huge friggen submarines just sitting there while we drove past. These things are big. Not USA nuclear submarine big, but still big enough to put a little frog in your throat as you run through what you’re going to say when stopped by 10 men with semi automatic assault rifles asking why the hell you are driving around “secure” parts of the naval base in your unofficial looking Polo.

2. You get two types of DJs in the world. Those whose names you recognise and those that have custom wooden boxes to carry the 400 cd’s they take to every gig. As a tribute to these legends of the underworld I present my top 10 ways to spot an underworld DJ.

1. Has home-made wooden boxes to carry the 400 CDs he carefully selected for this gig. 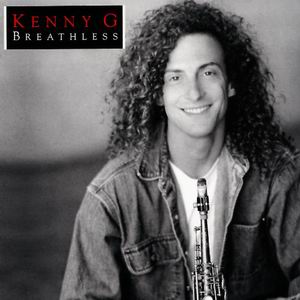 2. Not only does he have the Kenny G Breathless CD, but he chooses to display it proudly as if it was some limited edition Vinyl of the Beatles before they were cool.

3. He will arrange all his gear out on the biggest table he can find and will have brought all manner of unnecessary equipment (FM Tuner etc) to the party… Because everyone knows, second to having a shit-ton of CDs with you, the next most impressive thing a DJ can do is have lots and lots of gear.

4. The speakers will be home made. The amplifier might be too but I couldn’t bring myself to look. There might also be an impressive array of home made or cash converters purchased “lights”.

5. He also has the latest Timberland.

6. Instead of playing a well know Tina Turner track, he will chose to bust out the one obscure Tina track that you have never heard, despite that road trip to Durban when you were 7 when your mom went through that Tina Turner phase.

7. He will play rave music… Not stuff that old people label as “rave music”, but actual, real deal rave music that the ex-ravers in the room recognize and start breaking out in a cold sweat over.

8. He will play Mambo Number 5 and the old lady in the wheelchair will wave her hands in the air like she just doesn’t give a fuck any more care.

9. He will have a helper, usually a younger relative who looks like he gets beaten up at school. This kid will be wearing his sunday best with his shirt tucked in. He will usually be found frantically searching through the 400 CDs looking for the Coolio – Gangstas Paradise CD… Despite the fact that this CD predates his birth. This is also known as child abuse. There is a small part of this child’s mind that is being infected with the idea that this is cool… that this is how he could make his millions and get the chicks. Child A-B-U-S-E.

10. Despite the shockingly random choice of music the people will be too drunk to notice and be shaking their whatnots on the dance floor.

Kitty it was totally rad seeing you and I can’t wait to spend more time with you before you go home.

One thought on “The mark of a true DJ…”