It’s been a long time since my last post and between work and hiking, I’ve not had much time to write these posts. I’ve also not done any big hike quite worthy of its own post, so this is just a quick catch up with some photos and bits and pieces that I think are interesting enough to share.

Sharing this because I’d been struggling to come up with a good solution for a while and finally came up with this, which is cheap and works really well. This design keeps the scary bits safe while letting the fan breathe. The plastic is secured to the chassis at the bottom via two M3 fasteners. Far better than enclosing the entire PSU in a big enclosure (especially since it takes up less space in a bag). 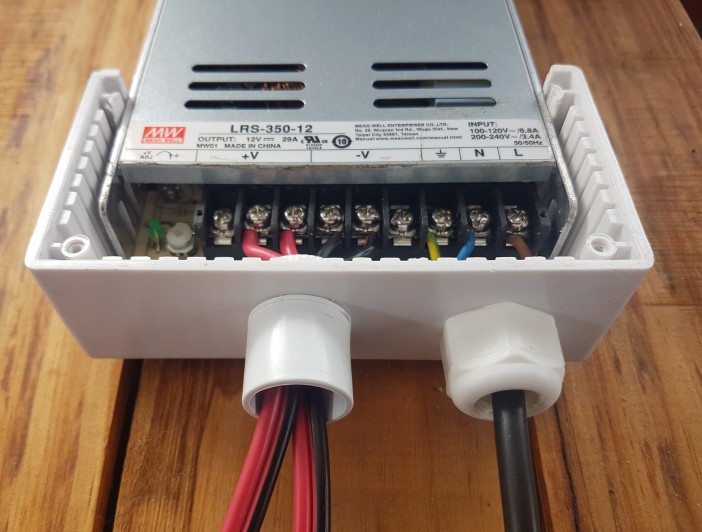 There’s a SOTA summit (ZS/WC-845 – Groot-Waboomkop) in the Paarl Nature Reserve. Initially, we had planned a big hike there, but I had a brand new pair of boots and I wanted some time to test out a new antenna (The Chameleon Emcom III Portable). Markus came with and hauled his full-size 100w radio, tuner and truck battery through the bush to our setup spot on top of a rock. I like to keep things simple so took my little QRP radio and the new antenna. 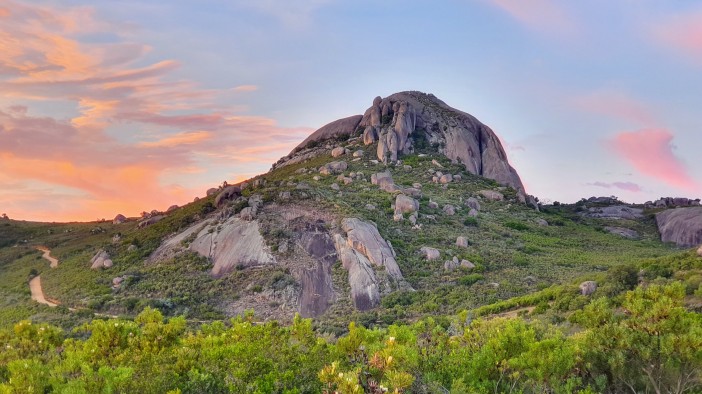 We discovered a few things.

I got the Tri-Band vertical kit via a friend coming back from the US. It really is a well put together kit and I enjoyed the assembly. (soldering meditation). I’ve not had enough chances to test it properly, but I’m hoping to rectify that soon and will report back. Part of the problem is that my trusty DIY Inverted-V antenna is just so good that it’s hard to justify playing around with anything else.

The Bundu Basher is a great, cost-effective locally made end-fed antenna (1:64) but its construction is not suitable to backpacking due to the large plastic enclosure and SO-239 connector. I rebuilt it into a smaller chassis and will soon add lightweight wire for QRP use, with the aim that the entire thing should roll up into a pencil bag. For portable ops, wing-nuts should never be allowed to fall off, so I stole this clever approach from the QRP Tri-Band. This is not a weatherproof enclosure but should survive an overnight camp with some mist etc.

With minimal time, myself and Ohan ran out to one of my favourite spots in the DuToitskloof mountains to do a quick test of the QRP vertical and my portable Bundu Basher. An embarrassing secret is that I broke one of the top sections of my telescopic fibreglass mast while packing up at Klein-Drakenstein Kop.  (Moral of the story is don’t try and lever the entire antenna with your finger as the fulcrum) I already have a replacement section on the way, but it does mean that I don’t have a vertical mast that is the correct height for my QRP Triband, so I had to resort to wrapping the vertical wire around the mast to take up some of the extra length. That wrapping is obviously not identically reproducible and on this outing we struggled to get it resonant. The proper solution is to wait until I have the replacement mast section so that the vertical can be straight up and down, and then run my tests. Until then, anything I learn will be a once-off thing so I don’t want to waste my time.

We turned our attention (and the limited time we had left) to the portable Bundu Basher which worked well. Some interesting findings regarding the feedpoint height, which makes me want to do a lot more tests before making any bold claims 😉

A weekend with the Bundu Basher Portable

A long weekend at the river and I had a lot of fun with the BBP. Just sharing the photo because it makes me happy.

Taken over various days walking up to the Block House 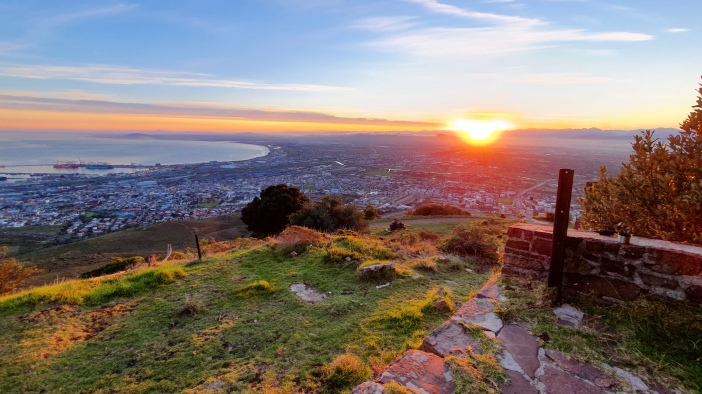 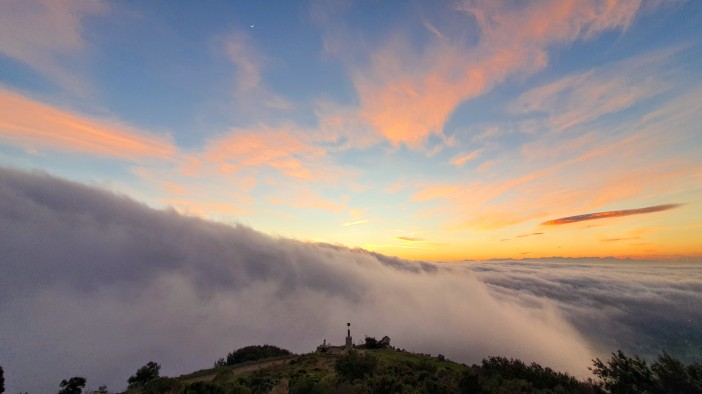 Since my replacement, Emcom III was going to be stuck in South African Customs for between 4 weeks and 2 years, I figured I would open up the balun and see if there’s anything obviously wrong with it. One too many windings? A short? These things are built really well, but humans still make mistakes. 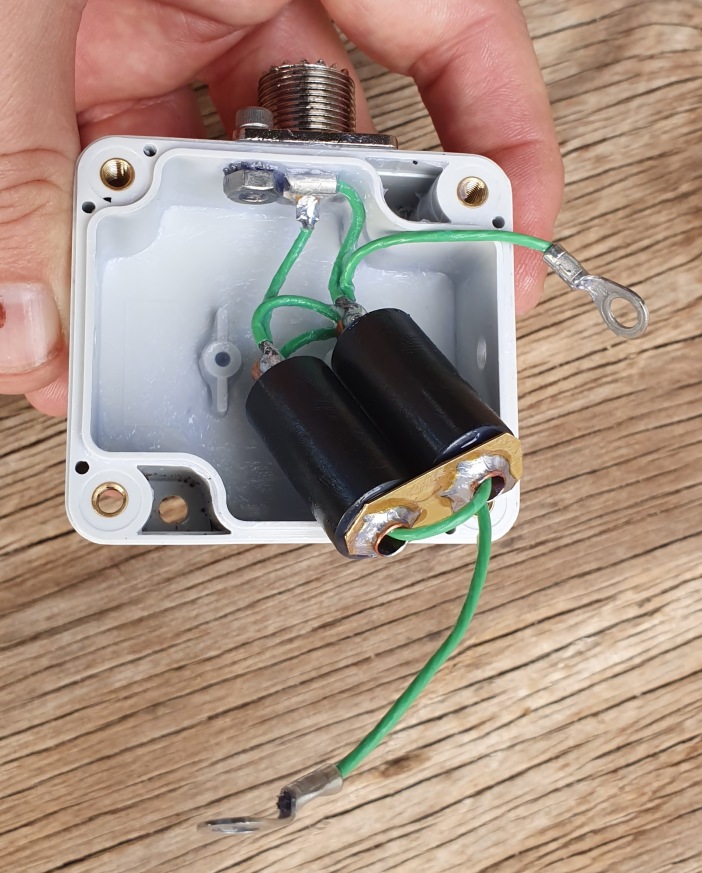 With all the grease removed it’s an interesting construction. And I would be lying if I said I understood it, or how to diagnose it. My current plan is to wait for the replacement and then buzz out all of the various contacts and resistances, compare the two units, and see if I can spot an issue. Anyone got any tips? The Chameleon guys have seen the photos but can’t spot anything.

A long day in Oudtshoorn

While the wife was riding a 361km mountain bike race (mental), I took to the mountains to do some radio’ing. This was so fun. I drove as high up into the mountains as I could get, then hiked a short distance to the top of a little koppie where I set up using a small bush as my mast support. There was no wind, the sun wasn’t too hot, and my little Xiegu X5105 lasted over 5 hours at full power (5w). Through the day I made around 25 contacts, but it was incredibly fun spending what felt like the entire day chatting to people.  I helped some guys doing their RAE exams and blew some people’s minds when they heard I was QRP and 5/9+ over 1000km away.

One of my most recent missions was a hike up to Eagles Nest from Constantia Neck. It’s a great hike and relatively easy as most of it is the jeep track.

The weather on the day was weird. Very gusty, berg winds, hazy horizon. I struggled to get set up because of the high winds and eventually lowered my mast to about 4m so that it wasn’t bending so horribly in that wind. I was using my trusty inverted V and managed to make a few contacts but soon felt like packing up and moving to a new spot higher up the mountain. Before I could do that the weirdest thing happened. I started to hear some noise, like quiet crackling. The noise was coming from above me. I touched my radio and got a shock. Woah. That’s weird I thought. Must be static build up. I touched the radio again, ZAP. Twice a few seconds apart means I’m not dissipating the charge… It briefly starts raining, the noise gets louder and I realise that the entire length of coax is buzzing, crackling like tin foil in the microwave. Uh oh… I go to unplug the coax from the radio. ZAP… it’s not easy to disconnect a BNC when it’s constantly shocking you. Eventually, I get it off and drop it to the ground. It was still audibly buzzing while it lay there on a rock. A random hiker I had been talking to didn’t believe what he was seeing (I didn’t either) so he touched the BNC and got a shock too. So in a rush to not become a statistic I got my antenna down and packed up. Hence no photos of the antenna!

As quickly as the weird weather started, it stopped. I hiked back down from Eagles Nest and then, rather than go home decided to explore some of the routes I’ve never been on, specifically the hike from Eagles Nest to Klassenkop which I hope to do soon. 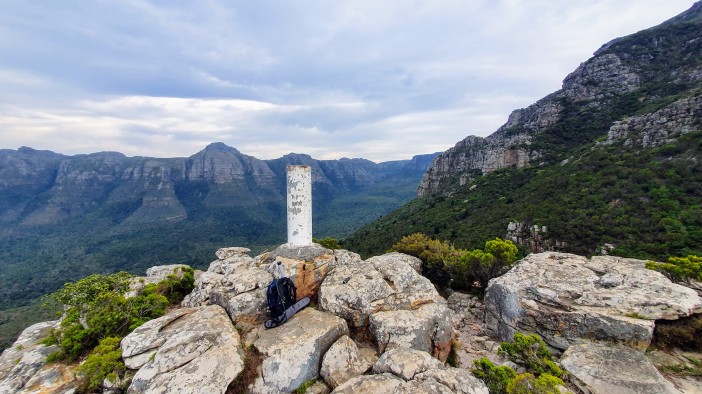 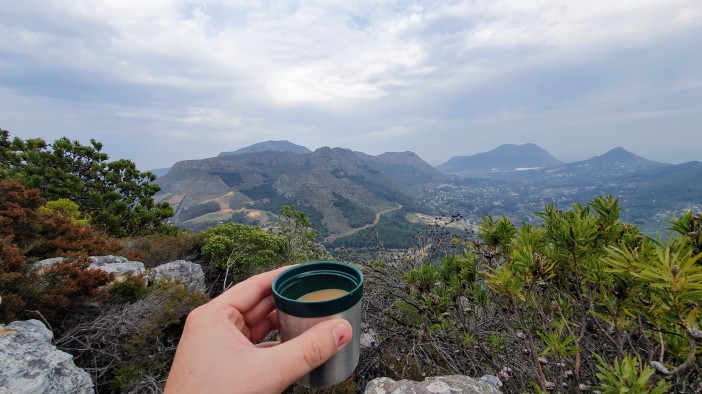 Cheers and thanks for reading!